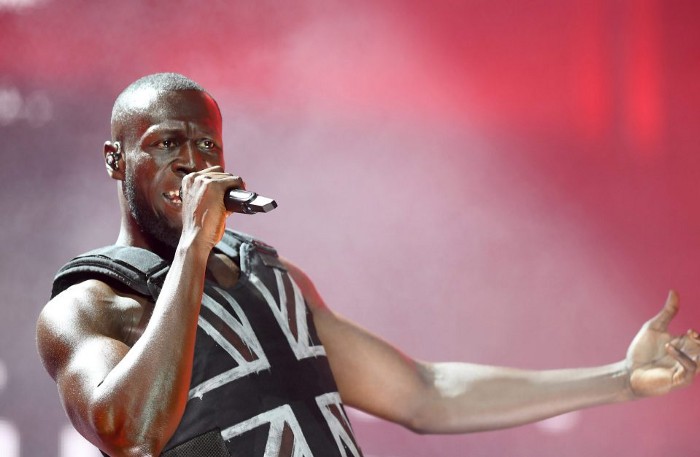 We are living in dark, unprecedented times and there are many reasons to feel despondent. I won’t dwell on these here.

This year’s Glastonbury story began with youth leader and grime artist (though I don’t doubt he’d make a good Prime Minister) Stormzy, on Friday evening, and there was a lot of excitement and anticipation for this show. It rubbed off on me, a 47 year old, who was compelled to watch it live.

I’ve never ever seen (in my 30 years of following music) a headline act anywhere (live on the BBC!) that was so political. We plainly got the message that many now acknowledge, that our Tory Government and our whole system, just isn’t working. Plain to hear, the crowd shouting out the lyrics ‘fuck the government, fuck Boris’. Boris getting ‘fucked’ was a continual theme during the weekend, no tent required.

In brief, Stormzy is a leader for our youth and for all. Championing the cause to stop knife crime in particular, a very big problem and hot topic.

When he gave a shout out to all his fellow rappers & artists in Grime / Hip Hop, to which he is the king (though surely would be too modest to mention) you realise what a man this is for his 25 years, having the stillness of mind to remember around 50 names off the cuff. He’s also a spiritual man too of religious belief, the gospel soul working so well in-between the up-tempo rap tracks.

On Saturday, fellow grime artist Slowthai repeated the view – ‘fuck Theresa May’s Government’ formed part of a song. Of my generation, Neneh Cherry continued the theme, asking her audience, ‘you’re not for Boris, are you? And the upbeat beats of Saturday night headliners The Chemical Brothers aren’t known for a message, however the mantra x 10 or so of ‘just remember to fall in love’ seemed to be a reminder that there are bigger concerns than just surviving after 9 years of crippling austerity. 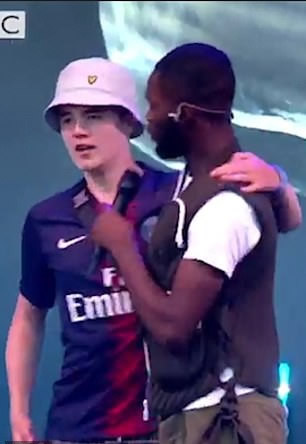 On Sunday, grime artist Dave spotted a lad called Alex wearing a Thiago Silva football shirt, the name of his tune. Dave invited him on stage and then the pair did an extremely unlikely spontaneous duet, Alex although ‘buzzing’ keeping a cool head, not only knowing the detailed lyrics back to front but being able to deliver them in front of many thousands. This was a beautiful harmonious few minutes which highlighted so well just how integrated black and white youth are in the Grime scene, together facing the difficulties of a hostile government. Dave previously had talked about depression, offering a positive message for his legions of fans.

A young bi-sexual woman on Twitter took the piss out of middle aged white males not being able to understand many of the acts at Glastonbury, it received 1000s of likes and retweets and it prompted me to write back to say that many men of my age are lost and committing suicide. Turns out, she knows more about the subject than I do & her boyfriend is working on a filmed project and would I like to take part? I would and will, it’s going to be called 50 Shades of Dave a podcast beginning on 16th September, follow on Twitter @fsodofficial & the hashtag on Twitter is #wearealldave if you’re a male who is keen to help with this mental health project.

The US female artist Lizzo is another great role model for young women singing upbeat have fun, be young and yes, you can achieve what ever you want to, that’s the message here, Lizzo dancing & singing unapologetically in a figure hugging leotard whilst being plus size.

Quite frankly these young 20 somethings in their hundreds of thousands at Glastonbury, have a lot to teach the rest of us. They’re integrated, sharp, funny, very articulate and the very opposite to Nigel Farage & vast crowd (average age 60) coming out to his rally / rave audience in Birmingham to a World War 2 air raid siren. An entirely different message of darkness.

Back in Somerset, Damon Albarn (my age group) got in on the act telling the audience, that he knew they were fed up of politicians, but don’t give up on politics, take part or dark things get passed under our radar.

The whole experience I had over 3 days of watching intensive live coverage on the BBC, from many stages across the site, was of a Britain to be proud of, entirely different to its dying government, a Britain more than anything else of far greater empathy & understanding of others battles in this tough life at times than I have ever seen before.

If the youth of today can only take this wonderful energy into politics and culture, we will be on the cusp of a new renaissance moving into a new exciting green economy, caring for our earth and ourselves and one of unleashed creativity, that works for all.