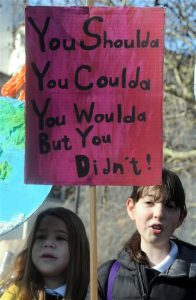 “We’re missing our lessons so we can teach you one”, read one of the many home-designed banners at the school strike for Climate Action rally in London’s Whitehall. Thousands of pupils had walked out of their schools to be present, and from mid-morning they swamped Parliament Square and then marched up Whitehall past Downing Street, from where prime minister Theresa May issued a snooty statement criticising them and saying they would be better off attending their lessons. The mood of the school kids was characterised by anger at the refusal of politicians to tackle global warming and the escalating ecological crisis. Police looked on baffled by the happiness and determination of the protesters. Many bus drivers who were stuck fast in Whitehall hooted their horns in support.

Many of the school children had defied threats of detention and had walked out against the expressed wishes of their headteachers, not just in London, but in about 60 towns and cities of the UK. The school strike movement started last summer in Sweden when Greta Thunberg, aged 15, held a solo protest outside the Swedish parliament. The action spread quickly and the protests in the UK were a part of a Europe-wide movement. The next Europe-wide action organised by Youth Strike 4 Europe is on March 15.

Making clear that the protest is about the failure of all politicians to act to reduce emissions and halt the climate catastrophe, they gathered not only outside the Westminster parliament, but also at the Scottish Parliament and the Welsh Assembly building, the Senedd. They were outside City Hall in Belfast., Glasgow City Chambers, Manchester and Leeds town halls, and at town halls up and down the country.

Photo-story from the London demo by Peter Arkell 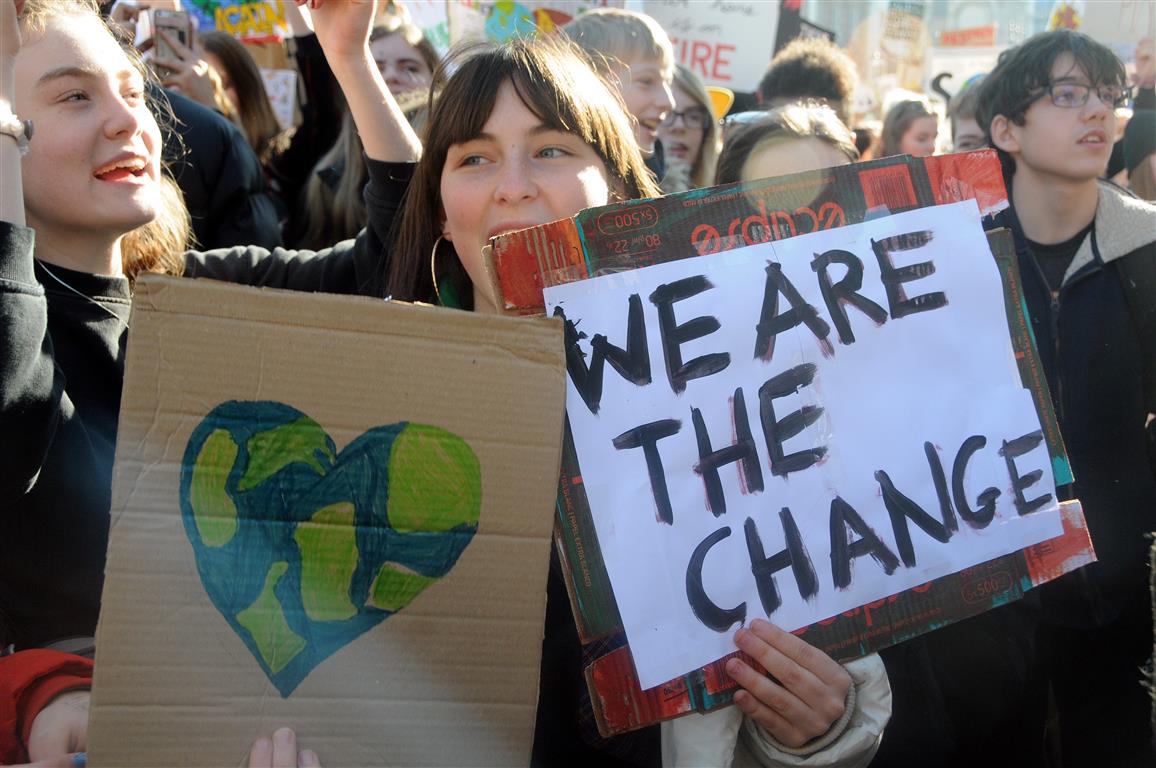