“The money is there – we need it,” – that was the uncompromising message from Ted Knight, chair of the Croydon Assembly.

Knight joined other speakers at Croydon’s Ruskin House in a late May Day celebration after a march through the town’s shopping mall.

Croydon TUC organisers delayed the event to coincide with the 50th anniversary of the opening of Ruskin House by Harold Wilson in 1967.

This would come “not just from the British establishment, but from global corporations and the international finance markets”.

“They will certainly not sit back,” he added, “and watch while John McDonnell reverses those ground rules. So, when Labour wins, we must be prepared for a tremendous battle to defend our government – without doubt the forces of reaction will seek to destroy it from day one.” 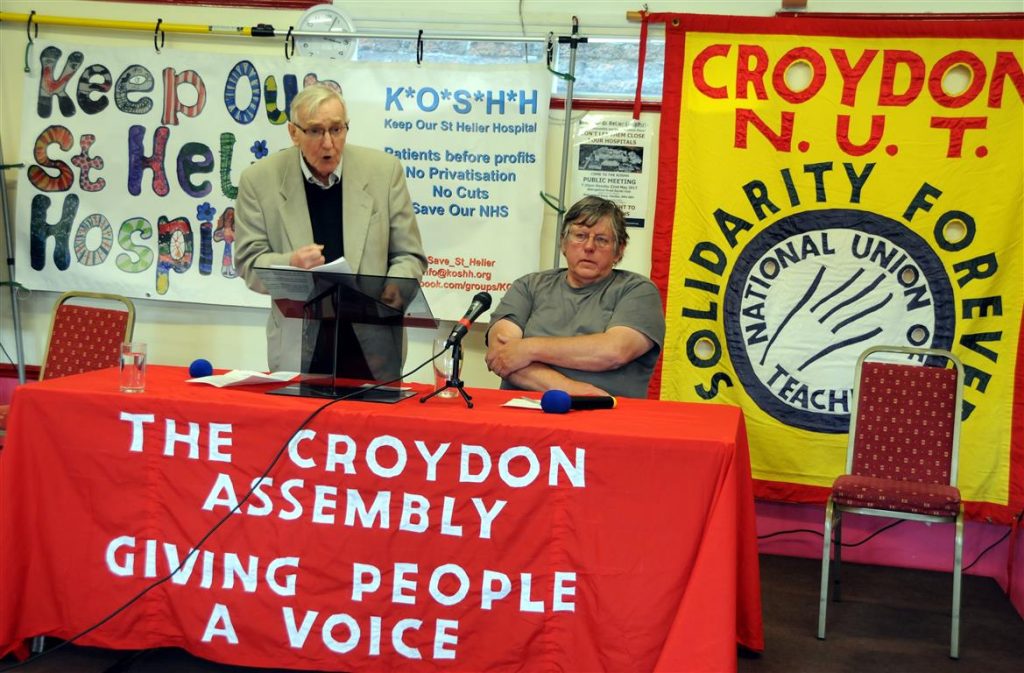 An orthopaedic surgeon from Barts hospital said he voted Tory in the last election. But, when he got involved in the junior doctors’ struggle, the contrast between offical “news” and reality in hospitals shocked him into changing his political views.

“The microphone was taken away from me whilst I was being interviewed by the BBC.

”I have seen people dying in corridors and operations being cancelled. Cyber attacks happen in my hospital on a daily basis,” he said. “Nurses are accessing food banks and being obliged to vote for strike action. 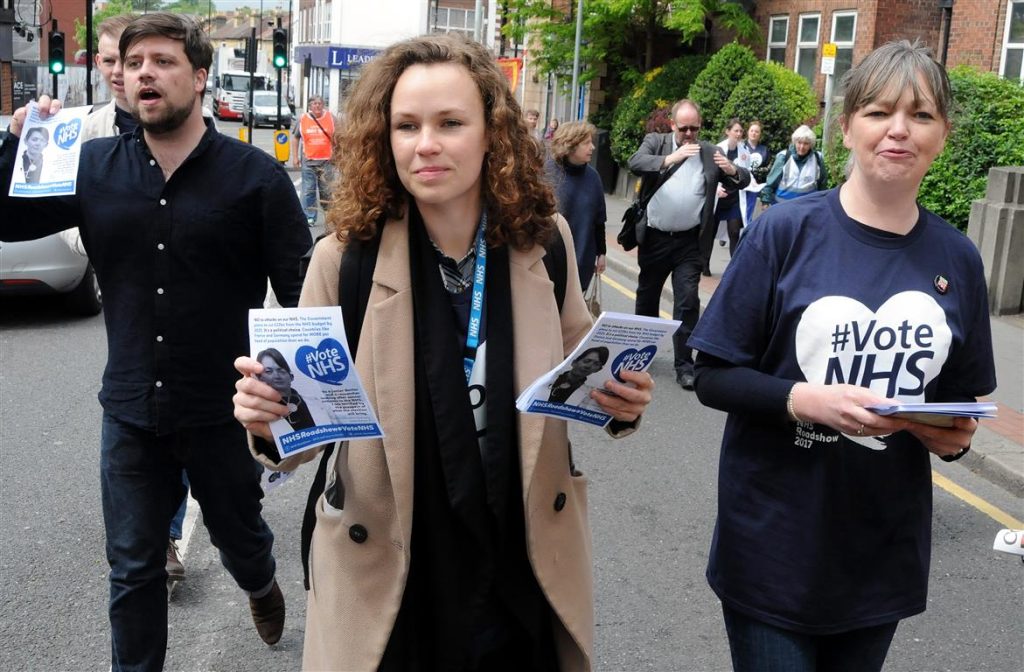 “The present state is complicit in precipitating the NHS towards collapse before the election,” he said. 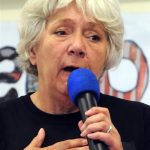 Corinna Lotz, for the Real Democracy Movement, noted that May 8 was “not a normal election”. It was a pre-emptive strike by the Tories to survive the constitutional crisis posed by Brexit.

”Back Corbyn and work for real democracy,” she said. “A citizens’ convention on the constitution is needed to address the constitutional crisis and transfer power from the 1% to the 99%.” 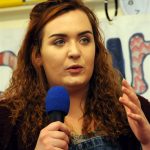 Caragh Skipper of Croydon Momentum asked for help in campaigning for Labour in Central Croydon, one of the most marginal seats in the country.

And, finally, writer Sean Creighton of The Croydon Citizen, denounced the lack of democracy in the cabinet system in Croydon’s local government.

The Croydon Assembly’s 24 June festival will assess the new situation after the election. It will develop its People’s Plan as a supplement to Corbyn’s manifesto.

Thanks to Peter Arkell for the great photos!