A tipping point nears in Ireland 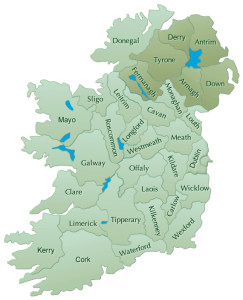 It’s almost two months since the Irish General Election and still there’s no government that the 158 members of the Dail can agree on.  This is an unprecedented impasse, and amounts to a full constitutional crisis.  The present arrangements can deliver neither democracy nor recovery, stability or credibility.

Ireland, unlike the UK, has a written constitution – albeit a sectarian and reactionary one, wrought out of a century- old defeat for workers and the voices of progress.

But now, even this well manipulated document has been beaten by the combined new voice of a people tired of austerity, governmental deceit, dishonesty, and duplicity (not to mention stupidity).  And they’re also increasingly angered by the hopeless situation of a boom/bust market state economy, failing to consider the real needs of the 26-county citizens,  in the stormy global waters crashing over the island since the 2007/8 crash.

Successive recent coalition governments have willingly – indeed enthusiastically – implemented the IMF/Troika-dictated austerity political programme, cutting back public and community services, privatising national resources, and deliberately impoverishing the people by driving down wages, emasculating trade union rights, with neo-Thatcherite strategies.  They have given away the very political sovereignty fought for 100 years ago as the 1916 Easter Rising opened the global revolutionary processes of the 20th century.

The February 26th elections saw the Fine Gael (far right) and Labour Party (centrist) government sacked from office.  The one clear message from voters was a sharp rejection of water resource privatisation plans, and implicit demands to abolish the Irish Water Corporation  (IW) through which, a creeping privatisation is being processed.

Even Fianna Fail (FF), De Valera’s old centre/social democratic party (which originally colluded with the IMF/Troika in the preceding administration) declared against water charges and the individual metering of houses, the much-hated first step towards profiteering by IW.  The arrival of an IW crew has generated widespread opposition in housing estates throughout the island.  In response, the FG/Lab coalition introduced a form of political policing, arresting protesters legally assembled to prevent meter installation.   Labour’s Environment, Community and Local Government Minister, Alan Kelly declared “I’m going after the water protesters”.

In a totally unprincipled move (but true to form) FF have now capitulated again, talking to their old enemy,  Fine Gael (FG) “in the national interest”, about effectively restoring the dismissed previous coalition to power.  There is a real possibility that the old FF political dinosaur may disintegrate under the pressure of collaboration with the “Blueshirts”. (FG emerged out of a combination of fascist and pro-fascist rightists.  Their paramilitary thugs, led by a sacked police chief, wore a uniform with blue shirts.)

The Republic of Ireland’s capitalist state is in deep crisis.  The caretaker administration of former ministers (some of whom actually lost their seats) cannot introduce new legislation, or prepare a budget for consideration next October.  This is a real problem, with the EU and Troika snapping at their heals demanding more austerity.

Hence these FF moves “in the national interest”  will further anger a population who threw out FG/Lab. How it will affect some of the former FF voters who “lent their votes” in 2011 but returned to the fold in February to throw out the Blueshirts, is anyone’s guess.  (FF, traditionally the “largest party”, was reduced to 20 seats).

This week, as leaks drip out of the closed rooms where these two ancient conservative antagonists try to save their system and their own careers, a new sense of desperation is palpable.  Over the coming few days, with the state media spinning false narratives to obfuscate the appalling vista of an impending systemic collapse, and exerting pressure for the Troika, the laws of opportunism may well prevail.

But the law of unintended consequences will quickly undo whatever is cobbled together as a “management committee” for the ruling class (as James Connolly described a capitalist government). One thing is certain, as the people become politicised, the genie of democracy is growing too big to be forced back into the establishment’s little bottle.