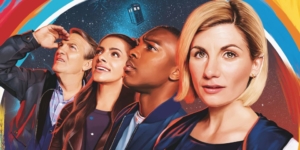 We are here to reach a deeper understanding of what neoliberalism, how it is changing. What do we want to do?

*create an alternative vision and narrative; be future oriented

*discover,  welcome and collaborate with new forms of resistance and opposition as they emerge

* create the conditions for this process to continue in the future.

Here is a brief overview since Time’s Up for neoliberalism was published earlier this year. In what ways has neoliberalism changed in the four areas we are discussing today?

·         In UK: Household debt is at unprecedented levels — a staggering £1.6trn. According to a report from the National Audit Office, up to 8.3m people are unable to pay off debts or household bills. Widespread Gig economy and precarious working, including in the professions. Workers are getting organised. Court cases and actions against Gig employers. Increasing automation. (even Dr Who has lampooned the way automation and Gig employers exploit workers!)

Wildfires in California have so far cost 81 lives with some 800 still unaccounted for. Even the wealthiest countries can’t stop these effects from climate change and deforestation.

They demand that the government ‘tells the truth’ about the climate and wider ecological emergency, reduce carbon emissions to net zero by 2025 and to convene a national Citizen Assembly to oversee necessary changes. Winning wide support  even amongst academics and social media influencers such as Jack Harries.

Rise of populism and the far right

Brexit vote was a rejectionist vote against the existing neoliberal order, although not consciously so. It has led to a crisis in Parliament where no combination of parties/votes can deliver a deal. A second referendum would bring out the far right populists largely absent since 2016 vote.