May Day message from Afghanistan

1st May 2017Written by Corinna Lotz 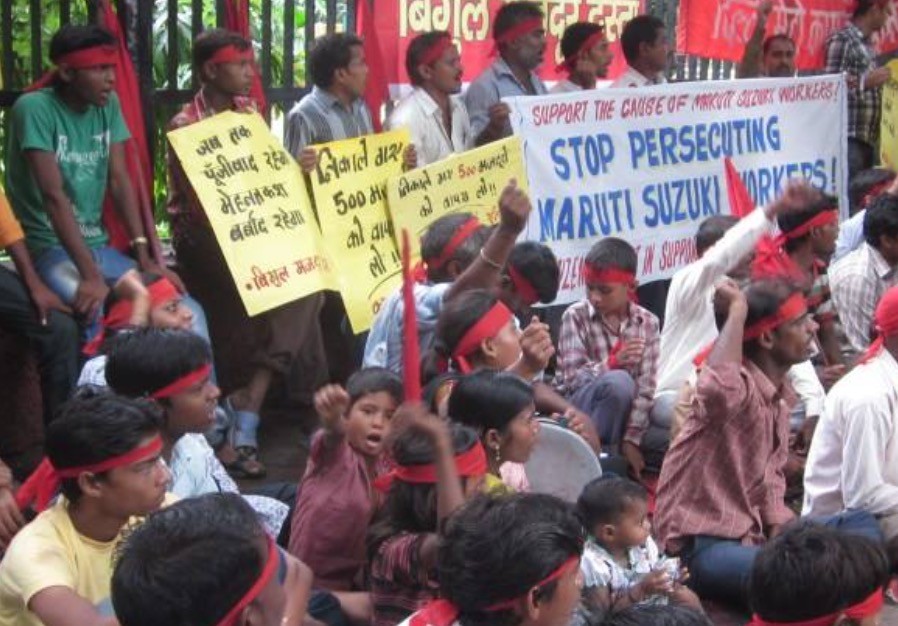 We celebrate May Day at a time when capitalists and big powers are intensifying attacks on the gains and rights of the workers, youths, women and migrants around the world. It is the nature of the inhuman capitalist system, in order to prolong its parasitic life, to develop warmongering strategies and implement them widely.

These strategies include firstly creating so-called enemies and “terrorism” and then announcing war against them to legitimise intervention, occupation and military operation.

Secondly, the capitalist countries, to divert the attention of the working class and youth from the crisis, injustice and exploitation in their homes, wage war outside the borders or drawn attention to issues that workers and youth never considered crucial.

The first victim of the war and inhuman policies of capitalism is the working class, at home and abroad. The burden of the war breaking the backbone of the workers to pay unfair taxes and experiencing the reduction of social services, layoff, poverty and repression of their civic rights.

We witness that the capitalists to accumulate further and further capital, how violate any laws and principles and shed the bloods of people in any parts of the world by the language of gun. Today, capitalism more than ever, by intensifying competition of nuclear and mass destruction weapons, occupation and barbaric war from Afghanistan to Iraq, Syria, Yemen, Ukraine, Libya, Palestine, Korea and other parts of the world, threatens the whole humanity, in social to economical and environmental ways.

The brutal attacks on trade union activists, youth, migrants and refugees, teach lesson to the workers, unionists, youth and women to stand jointly to defend their rights and defeat the inhuman capitalist system. Lack of solidarity and division in pieces and groups of the working class and the pro-working class forces, will only grant benefit to the enemies of the working class, bosses and exploiters. Lack of joint action and campaign as well as ignoring class struggle will allow the inhuman capitalist system to surviveand dominate.

Left Radical of Afghanistan (LRA,) on the occasion of May Day, honour the struggles and dedication of the fallen workers of the Chicago and other workers and activists around the world.

Left Radical of Afghanistan (LRA), on May Day reaffirms its solidarity with workers and all victims of the capitalism in Afghanistan and across the world. We express sympathy with 13 Maruti Suzuki workers and trade unionists in India who have been sentenced to life imprisonment because of their struggle for workers rights. We call  on all workers and trade unions to continue and campaign for the release of jailed workers in India and denounce the unjust verdict of the court and government.

The workers and pro-workers forces in Afghanistan are bearing the brunt of the war’s consequences here and are being abused as the raw materials for the war. The puppet regime in Kabul backed by US and Nato created such as environment that deprives the working class and youth from the option other than to tolerate the lowest wage, brutal behaviour of the bosses, threat and repression for making unions and demanding the minimum rights. The millions of jobless workers and youths on the streets is a good market for both sides of the war to recruit them easily and cheaply for their war fields.

We appreciate the initiatives, campaigns and struggles of the workers, youth and pro workers parties around the world who oppose US and NATO war in Afghanistan and demanding for immediate end to the occupation.