Russian Revolution: A huge leap into the unknown

In the first of a series of articles to mark the centenary of the 1917 Russian Revolution, Corinna Lotz talks to British Library curator, Ekaterina Rogatchevskaia

One hundred years ago this month, stormy demonstrations of workers and soldiers broke out in Petrograd, today’s St Petersburg, then the capital of Russia. Their target was the Provisional Government which was led by Alexander Kerensky.

A new military offensive launched against Germany in June 1917 had proved disastrous. Russia’s economy was collapsing, people in the cities were under-nourished and even starving. The army was disintegrating and there were mutinies across the front.

The authorities brutally repressed the protesters, killing over 400 workers and soldiers. Members of the anti-war Bolshevik party, which had tried to keep the demonstration peaceful, were hunted down and arrested. Their leader Vladimir Lenin was forced into hiding.

The July Days of 1917, as they became known, took place exactly half way between two revolutions – that in February, which toppled the Tsar’s autocracy, and the second one, the October revolution, which established Soviet power and the overthrow of capitalism. Between July and November power hovered between the Provisional Government on the one side and the soviets on the other.

A new form of democratic organisation, the soviet (Russian word for council), began to shape history.  Amongst the many that sprang up, the Petrograd Soviet of Workers and Soldiers’ Deputies was the most powerful and decisive. Its 2,500 delegates came from factories and military units around the city.

Rheta Childe Dorr, an American woman who lived through these events, and who was unsympathetic to the revolution, wrote:

“The soviets, or councils of soldiers’ and workmen’s delegates, which have spread like wildfire throughout the country, are the nearest thing to a government that Russia has known since the very early days of the revolution … Petrograd is not the only city where the Council of Workmen’s and Soldiers’ Delegates has assumed control of the destinies of the Russian people. Every town has its council, and there is no question, civil or military, which they do not feel capable of settling.”

In March 1917 the Petrograd Soviet appealed to the peoples of the world, especially fellow workers in the Austrian and German armies, to bring about peace. A month later, Lenin and other Bolshevik leaders returned from exile. The Bolshevik leader put forward the now famous slogan “All power to the Soviets”, advocating soviets as the “highest form of democracy”.

In September the Petrograd Soviet called for the end of dual power and the formation of a government of soviets. On November 7 the Bolsheviks led the seizure of state power in the world’s first socialist revolution. The next day, decrees were issued on land, nationalisation, peace, the eight-hour working day and a minimum wage. The death penalty was re-abolished. On 15 December an armistice was signed with the Central Powers, thus taking Russia out of World War I.

The events of 1917 are being marked in Britain and around the world. Displays at the Design Museum (Imagine Moscow), the Royal Academy, at the Grad Gallery (Postponed Futures) took place earlier this year. There are ongoing programmes at the British Library, Leeds University Library, the Trades Union Congress, Pushkin House, Marx Memorial Library and events organised by the Russian Revolution Centenary Committee.

Internet projects like Russia’s Great War, the Russia’s great war project. and Soviet history websites are putting together documents, images and discussions and making them available to wide audiences. A creative social media collaboration, the 1917 Free History project in Russian and English, is documenting 1917 day by day, through historical records, letters, newspaper extracts. A historical conference is planned for this autumn at the Hermitage Museum in St Petersburg.

Ekaterina Rogatchevskaia is the lead chief curator of the British Library’s Central and East European Collections. As the organiser of the extraordinary exhibition Russian Revolution – Hope, Tragedy and Myths, does she believe that the 1917 revolution is relevant for those seeking ways out of the crisis that is our world today?

“One hundred years on we are in a good position to understand that time,” she says. After the end of the Cold War and during and after Mikhail Gorbachev’s glasnost during the 1980s, many archives have been opened up.

“Academia has moved on. Instead of focusing on macro, social and political histories – which we still study of course – we are highlighting key episodes and looking at people’s individual histories in order to put together a different picture. This is the time to unpack the myths,” she adds.

So, it’s certainly a good time to look at history afresh and shed both myths and grand narratives. And yet, as you walk through the dramatic displays, films and images, and looking at even the barest timeline of events, it becomes inescapable that what happened in Russia that year was indeed world shaking.

Russia, balanced between Europe and Asia, entered World War I in 1914 as a largely peasant country, home to 150 million people. The despotic Tsarist monarchy presided over impoverished, illiterate peasants. But, in an early form of globalisation, huge factories in the western parts of the empire sprang up and a new industrial working class was born. The former peasants who flocked to the cities were to become the backbone of the revolution. 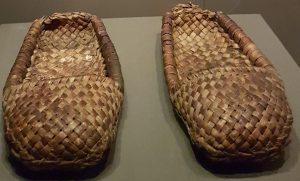 From peasant to worker

In the British Library’s show, a pair of birch-bark shoes, which were worn by villagers, and images of workers in St Petersburg, provide glimpses of the rudimentary and primitive life of Russia’s poor peasants. A pair of leg irons brought from Siberia are symbolic of the power and methods of the Tsar’s secret police, the Okhrana.

Objects like these, along with contemporary documents, books, diaries, maps, banners, posters, photographs, weapons, items of uniform, recordings and film give a detailed if sometimes bewildering sense of many contending forces and powers.

One amazing exhibit is The Yalta Female Delegate, a handmade wall newspaper from 1927.  It is just one of many “placard newspapers” which were used to disseminate news in local areas. The Yalta paper features portrait heads of the four women editors. Their red-kerchiefed heads and thoughtful features are surrounded by reports of their achievements, amateur poetry and inspiring stories.

Rogatchevskaia describes the revolution as “a huge leap into the unknown territory of large-scale social experiment and utopian quest”.  “The early Bolshevik regime,” Rogatchevskaia explains, “proposed a new and complex life to the masses, a happy and equal society, a search for ways of solving the problems faced by society. No one knew what the future was, but people believed in the promise of a bright one.” She believes that understanding its contradictions and complexities is important:

She referred to former times in the former Soviet Union, when Marxism was turned into a set of fixed truths and historical progress was seen as inevitable. “But,” she insists, “History is not inevitable. It depends on our decisions. It happens every single moment and we are the ones who make decisions. The more we know about the mechanisms and the consequences the better, I hope, they might be.”

In the run-up to the revolution, there was a global crisis in the form of World War I, but no-one anticipated what was to come.

“The Russian revolution took the world – and Russia – by surprise.  Although reforms and modernisation were overdue, no one thought it would erupt as it did. Lenin himself did not expect it. Even in November they didn’t believe it – and they didn’t know if they would stay in power. There were several points during the civil war when it appeared that the Whites would win and restore the status quo,” Rogatchevskaia says.

The fragile young Soviet state had to deal with civil war and invading armies from 14 countries while wracked by famine. Propaganda efforts in many languages by counter-revolutionary White forces and their allies, such as the US and Britain, sought to present the revolution as blood-thirsty and horrific. Counter-propaganda by the Bolsheviks includes a poster in English directed at British soldiers at the strategic northern Russian port of Murmansk. It denounces the Allies as “All-Lies”. 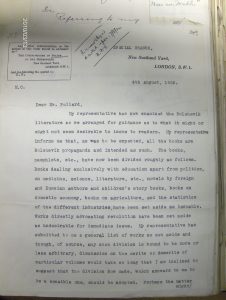 The British state’s continuing fear of the Bolshevik Revolution is documented in an August 1922 intervention by Sir Basil Thomson, Director of Intelligence at the Home Office. He deemed that a sack of publications sent to the British Library by the Bolshevik government “should be withheld from the public” as he feared it might radicalise students.

Amongst other documents is a hand-written note by Trotsky on the organisation of the Red Army with pencilled comments in what is almost certainly Lenin’s handwriting.

The global impact of the Russian revolution comes across through films, books and posters from around the world. They include US journalist John Reed’s book, Ten Days that Shook the World, Erich Wollenberg’s account of the Munich Soviet Republic, Red Army Soldier in Munich, and The Story of the Limerick Soviet, April 1919. (Over 100 soviets were formed in Ireland in the years of its own revolution).

After the December 1991 dissolution of the Soviet Union, state property – under the advice of western economists – was privatised during a period described by observers as Wild West capitalism. Property and resources belonging to the Soviet people are now in the hands of a small group of obscenely wealthy oligarchs. Thus, Vladimir Putin and his government preside over inequality, poverty, the reckless exploitation of natural resources and a poorly-functioning economy, behind the façade of democratic elections.

Many in Russia feel the country is going the same way as it did before the 1917 revolution. Consequently there is an official huge fear of re-visiting the revolutionary period. Co-founder of Russia’s Free Historical Society, historian Nikita Sokolov, says “The authorities cannot celebrate 1917. Whatever might have happened, the impulse of the revolution was social justice. A country with such inequality can’t celebrate this. Also, the authorities think that any revolution is a colour (like those in Ukraine and former Soviet republics) revolution.”

This is the first article in a series by contributors to the Real Democracy Movement’s website on the significance of 1917 in the run-up to the anniversary of the November 7 revolution. You are invited to send your own thoughts, blogs and comments.

Russian Revolution: Hope, Tragedy, Myths is at the British Library until 29 August. 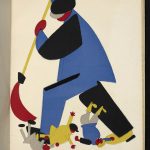 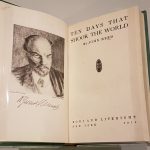 10 Days that shook the World by John Reed 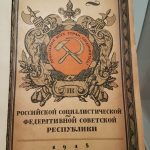 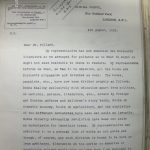 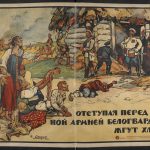 Retreating, the Whites are burning the crops, Soviet propaganda poster 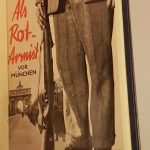 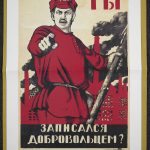 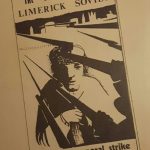 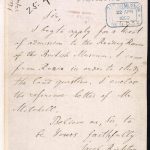 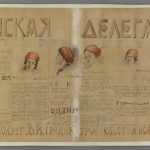 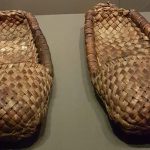