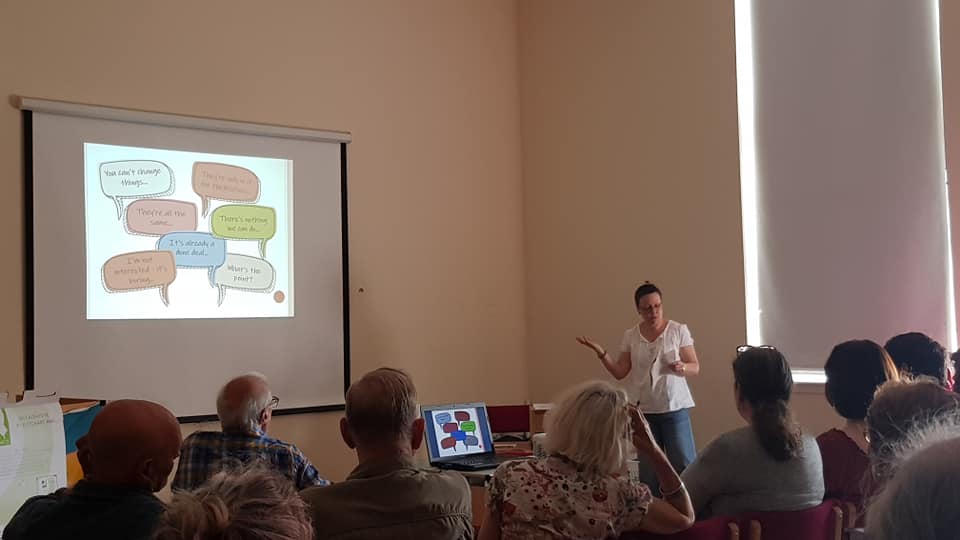 Local activists laid down a powerful marker towards creating a Citizens’ Assembly in South Tyneside at an initial event held at the South Shields Museum and Art Gallery on June 29. They included environmental campaigners, trade unionists, local councillors as well as members of political parties.

A planning group was established and will meet later this month to prepare for the official launch of the South Tyneside Citizens’ Assembly later this year.

The meeting opened with a minute’s silence to mark the untimely passing of Mohamed Al-Sayyadi, a much-loved South Shields socialist. Ian Stanley Watson paid tribute to his inspirational work in the community.

Marion Langley, Unison branch secretary and a leading figure in the Save South Tyneside Hospital Campaign, said it was “an inspirational event, with great ideas to find ways to empower the community”.

Local Labour MP Emma Lewell-Buck joined the first part of the event and later tweeted: “Popped into the @democracyOK @STASSEMBLY event this am, left feeling energised and excited for the future of community driven people powered change.” 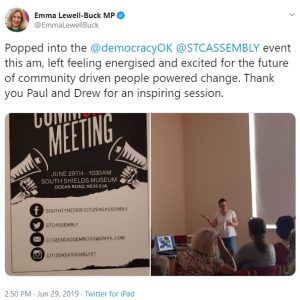 Dru Haynes, a local activist, gave a presentation about what citizens’ assemblies could be and how they could work to overcome feelings of powerlessness. UK society was  seriously divided by differences of income, age and by Brexit. A citizens’ assembly would be a hub for campaigners, an inclusive place to exchange information and raise awareness. Above all it could provide a politically independent forum to propose innovative thinking and solutions. She gave examples of small-scale change such as recycling which could make a difference. She summed up with the words: “Achievable, Realistic, Solutions, Everyone”.

Paul Feldman from the Real Democracy Movement gave an overview of the ‘crisis of democracy’. He outlined the different components of our political system and the broken nature of politics.  The Brexit deadlock, growing inequality, ecological and housing crises, crumbling social services, and the domination of market forces underlay a lack of confidence in the existing form of politics. Citizens’ assemblies could run side-by-side with a campaign for a citizens’ convention on the constitution.  Widespread involvement by people in participatory democracy was needed to prevent authoritarian forces from moving into the political vacuum. 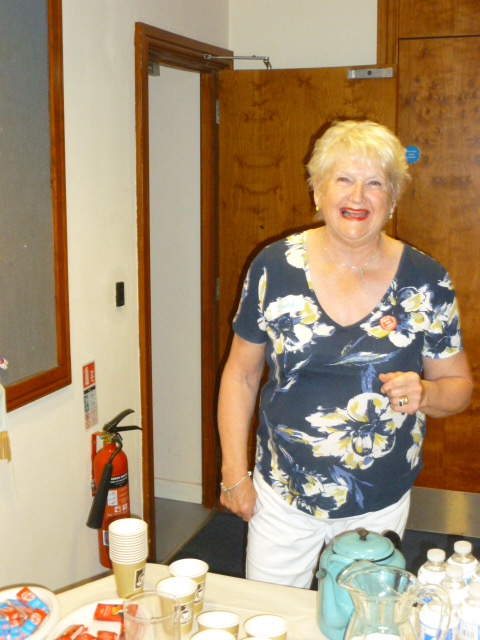 June Bains on the popular tea and coffee stall

Three break-out groups then discussed the multiple roles of a citizens’ assembly and how to build it. There was a strong desire to bring together a wide range of groups and organisations and that the assembly should be independent. It should focus on issues, and not be party political. It would do in-depth research including Freedom of Information requests to investigate issues. Participants were inspired by the rise of citizens’ assemblies in Oxford, Croydon, Scotland, Ireland and elsewhere. Above all, there was a vibrant feeling that the time was right for this to happen in South Tyneside.

The meeting agreed unanimously to support Extinction Rebellion movement’s call for a climate emergency to address the urgent issues of global warming and ecological degradation.