Why capitalism is crisis 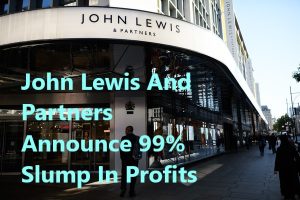 Pre-Christmas headlines about the economy, local and global, tell their own story.

Whilst the headline from each country comes with its own specifics, they share a common underlying cause. In the concluding chapter of World in Crisis, with remarkable brevity and clarity we see how declining profitability and the measures used to offset it, have produced a crisis of devastating proportions.

For example, since 1999, the euro currency and economic integration project has not only failed in its aims of equalising production per head and imbalances among the member countries, but has served to intensify the divergent forces of the global slump arising from the 2007/8 crash.

Since the 2008 crash and the onset of the Great Recession, the European Central Bank, EU Commission and eurozone governments have continue to pursue the cause of profitability, imposing austerity throughout the continent. Wage cuts and mass unemployment have led to an unprecedented and unbearable decline in real incomes. The consequences for the majority in Germany, Spain, Greece, Italy, Estonia, Ireland, in every country, have been stark and unremitting.

A new slump is certain, sooner rather than later. Why should this be the case? 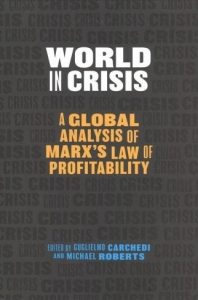 Using contemporary statistical data, the preceding chapters explore in painstaking detail many different aspects of Marx’s discovery about the underlying dynamic of the capitalist system: how and why the competition between producers to increase profits in the short term forces them to increase productivity by investing in the technological revolution. In the long term, this increased investment tends to drive the rate of profit downward. Falling profitability discourages more investment. It is paradoxical, but inescapable.

Put another way, the tendency of the rate of profit to fall is inherent in the capitalist mode of production. The system’s single objective – to extract profit to accumulate as capital – is the source of its problems. There are many ways in which attempts can be made to limit or offset the tendency, mostly at the increasing expense of the mass of the population, but, in the end there’s no way out.

That doesn’t imply a spontaneous end to the system and the start of something new. The global elites just keep on trying to save what’s theirs. Again, paradoxically, they do this by destroying much of the accumulated capital that has grown beyond sustainable limits.

Editors and authors Michael Roberts and Guglielmo Carchedi have assembled a collection of papers by Marxist economists from around the globe. Their purpose is to use the “evidence from recent developments in economies internationally to support the view that Marx’s law of the tendency of the rate of profit to fall provides the best explanation of the cause of recurrent and regular crises (slumps in global capitalism)”.

Using the categories and algorithms Marx developed during his empirical study of the capitalist mode of production as it emerged from its infancy in Britain in the 19th century, each of the writers injects recent national statistics, interpreting and testing Marx’s hard-won theory against the newly available evidence. And, looking at the diverse experiences of the UK, Greece, Spain, Argentina, Mexico, Brazil, Australia, China, the United States and Japan, they do it in spades.

This publication is part of Roberts’ many decades of work pitting Marx against Keynes, and against the economic gurus he labels the “Austerians”. So there’s plenty of argument to show the superior evidence-based explanatory power of Marx’s theory which debunks their fairy-tale policy formulations.

With plenty of tables, charts, algorithms, formulae and dense argument, the collection will be a hard challenge for the general reader. But those with an interest in real world economics – and especially Corbyn’s circle of advisors – should find much of use as the prospect of a Labour government comes into focus.

Marx said that the law which is the subject of this book was his most important discovery about the operation of the capitalist mode of production. But it wasn’t the only one. Marx set his sights much higher than simply explaining the cause of crises. He was trying to disclose “the special laws that regulate the origin, existence, development, death of a given social organism, and its replacement by another higher one”, as he quotes approvingly in a preface to Volume 1 of Capital, his critique of political economy, published in 1867.

Whilst the valuable understanding of the beast delivered in World in Crisis is critical to bringing it to a conclusion, the limited scope tends to give the impression of a system with no beginning or end. So you’ll need to look elsewhere for proposals which might contribute to Marx’s higher aim.

Time’s up for neoliberalism – get your copy