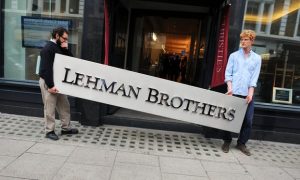 In less than a year the price of a Bitcoin has soared from less than $1,000 to $17,000 (almost $20,000 at one point). Bitcoin is one of a growing number of digitally-generated global cryptocurrencies existing independently of any government.

What’s it got to do with Jeremy Corbyn’s Labour, and what does it tell us about the state of the global economy?

As he looks towards the Prime Minister’s job, Corbyn is on the offensive against his critics. Morgan Stanley and Goldman Sachs are amongst the major operators in the world’s financial markets worried by his manifesto promises.

Corbyn has pledged to increase corporation tax, shift government priorities away from outsourcing and the defence industries towards support for the public sector and the low-paid, and take some utilities back into state ownership. He says Labour will soon be publishing policies on the finance sector and how it plans to transform the economy.

Though many of Corbyn’s youthful supporters would have been in primary school the last time Labour was in government, his advisers are surely aware of what happened in 2008 when Prime Minister, Gordon Brown, together with his chancellor Alistair Darling found themselves in the midst of the worst financial crisis in history.

The Observer’s Andrew Rawnsley captured some of the drama in 2010:

In early October 2008, the world’s financial system was on the brink of systemic collapse. Despite the announcement of a multi-million pound bail-out, major British banks were about to go bust.

World markets were in a death spiral. There was a vertiginous sell-off across the board as investors dumped stocks, commodities and currencies. The markets had no faith in their own ability to stabilise, nor in the capacity of governments to rescue them. The crisis of capitalism so long predicted by communists had arrived even if they were no longer in a position to take advantage of it.

Brown took the initiative, persuading governments around the world to bail out the banks. In the UK that meant the state was taking stakes in HBOS, Lloyds TSB and RBS in return for a £37 billion injection of capital. Labour set an example to the world and saved the country from the apocalypse of a total banking collapse. Thanks to Labour’s action in part-nationalising the banks – and the brutal, ongoing austerity for the many throughout the world which followed – the global capitalist economy survived.

What would have happened if Brown hadn’t intervened? Rawnsley again:

That would be a cataclysm without precedent. Cheques would be valueless. Credit cards would be useless. With the cash machines shut down, families would not be able to buy food. “Literally you wouldn’t have any cash. The money would disappear,” says one leading economist. Most of those things regarded as the essentials of modern society would cease to function.

Of course the first bailout wasn’t enough. Nowhere near. By the end of the year, a second one was being planned. On 3 January, 2009, The Times had the headline: “Chancellor on brink of second bailout for banks”.

On the same day a new kind of money was launched. It was no accidental coincidence.

The Times headline is embedded in the genesis block, the very first block of code in the chain of software that constitutes the bitcoin network. This was the first bitcoin, ‘mined’ that day by its inventor,  using computer-based cryptographic techniques.

The true identity of its inventor – known as ‘Satoshi Nakamoto’ – remains a mystery. Bitcoins are ‘mined’ in computers owned and operated by volunteers. Many people have guessed at Nakamoto’s real motivation and Bitcoin’s likely future. Writing in Bitcoin magazine, Kenny Spotz says

Marx never explicitly outlines how capitalism becomes socialism. Nor does he give a timeline for when it will happen (though he hoped it would happen during his lifetime). All that he leaves readers with is his certainty that this revolution will happen and that it will occur at a time when capitalism has spread across the entire globe threatening the clarity of national boundaries and ownership of intellectual creations. A time much like today. Viewed through this Marxist lense Bitcoin becomes a product of its time in world history. This helps to answer what I believe to be the most fascinating question surrounding the phenomenon: why is Bitcoin working at all?

Kenny has an answer:

My hypothesis is that people around the world are excited about Bitcoin because of the promise that it holds as an alternative to the existing economic and political structure. To many users, Bitcoin isn’t just an alternative currency or money transferring system. It is a representation of their distaste with the world economy we are living in.

It’s certainly a nice explanation, reinforcing the rejection of the status quo seen in the votes for Brexit and Trump from a progressive standpoint.

But the soaring price accelerating towards the end of the year has more than one explanation, and other underlying causes. Stock markets are now widely seen to have exceeded any measure of real value and are set for major reverses. 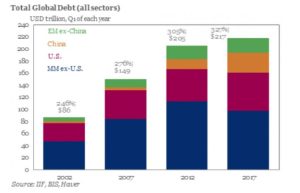 Credit and debt of all kinds continue to expand, way beyond the levels seen in 2008. The head of the Bank for International Settlements says the situation in the international economy is similar to pre-crash conditions. The system is awash with fictitious value – drowning in debt.

Capitalist investors driven by the need for new commodities to exploit now see the maturing cryptocurrency technology as a source of speculative profit. Two financial derivatives exchanges, the Chicago Mercantile Exchange and Chicago Board Options Exchange have been racing to roll out Bitcoin futures contracts. Most banks are already signed up with these exchanges and consequently can immediately begin trading the contracts.

Nine years after Bitcoin’s launch, economy watchers are anxiously studying the markets and scouring each new official report for signs of the next crash. The Bitcoin-bubble hysteria could well prove to be one. Not if, but when.

Coming to office in this environment, a Corbyn-led government would be faced with more than organising a second bail-out. Observers agree that a new round of money-creation through quantitative easing wouldn’t overcome a systemic collapse this time. Corbyn and McDonnell should focus not on saving this bankrupt, destructive economic and financial system, but on reconstructing it along democratic socialist lines.