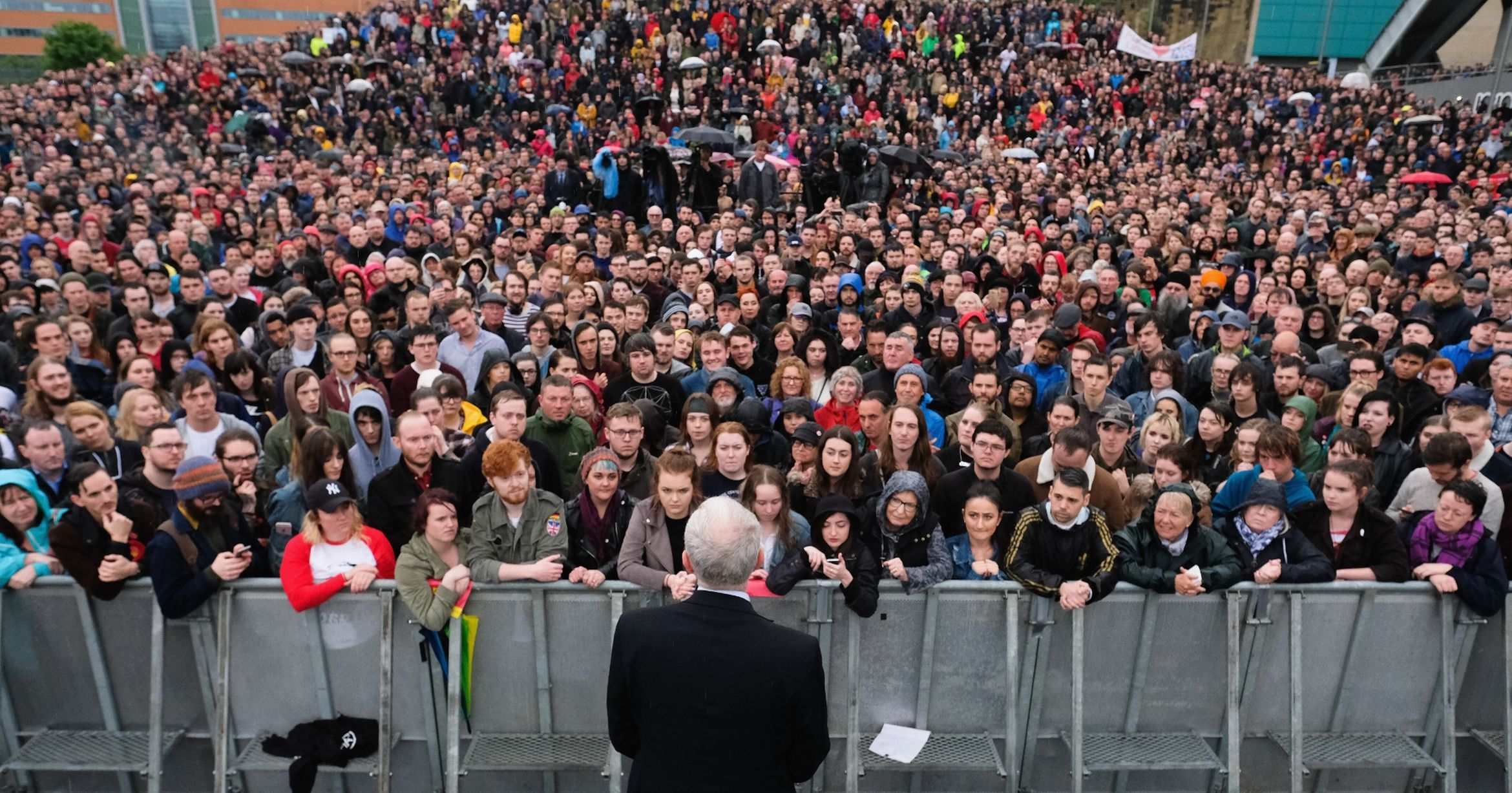 The prospect of a Jeremy Corbyn-led government grows closer as Theresa May’s divided government staggers from pillar to post in the wake of the abysmal failure of her pathetic “strong and stable” election campaign. That’s why we’re planning ahead by getting together on October 28.

Any number of issues, most notably Brexit, could hasten the collapse of the minority Tory government, result in a fresh election and an outright defeat for May’s party. Victory at the polls for Corbyn would be an important first step towards the transformation of Britain into a country for the many not the few that he and the dynamic social movement behind him desire.

But it would be a terrible mistake to think that an election victory by itself would simply clear the way for a Corbyn government to implement a radical manifesto that directly challenges the neo-liberal policies of successive governments for the last 30 years.

Whereas the Tories see austerity continuing indefinitely, Corbyn and shadow chancellor John McDonnell want to bring it to an early end and increase state spending on infrastructure, the NHS and education.

All this is anathema to a UK establishment and a state that’s fully in the embrace of corporate, military power and a market economy. Corbyn would also be resisted by global financial institutions which can make or break governments.

Demonstrations and protests will no doubt be organised in the event of a concerted backlash against a Corbyn government. But we will need to do much more to defeat the forces of reaction.

A whole array of behind-the-scenes power structures serve and promote capitalism.These include the powerful departments of state, like the Treasury, and includes the Bank of England and other bodies not directly within Whitehall.

Added to them are defenders of the status quo like the spy agencies MI5 and MI6, Special Branch the armed forces and other deep state bodies such as GCHQ.

All these bodies are dedicated to upholding private property in the shape of capitalist forms of ownership and control – by force when and where necessary. They form a matrix of working relationships with corporations, hedge funds and investment banks, which drive policy making at state level.

The growing desire and aspiration for substantial change is obvious. It made itself felt in the Scottish independence campaign, the shock vote for Brexit, the mass campaign to get Corbyn elected as Labour leader and the 2017 general election result itself.

However, this yearning cannot be fulfilled through Parliamentary procedures and occasional general elections alone. Real democracy and self-determination will be achieved when active citizens transform and remake our present forms of political rule and economic power, not just in the UK but internationally.

Staying where we are is not an option – in any country. The global crisis of the system has already led to runaway climate change and a planetary emergency. A rogue, authoritarian president in the US adds to the dangers of war, which could involve nuclear weapons.

A new financial crash is a real possibility because any “recovery” since the last one is based on mountains of unsustainable corporate, state and consumer debt. A democratic solution would embrace a co-operative style economy, where workers and producers have decisive control.

For that to happen, we have to overcome the overwhelming sense of powerlessness that was shown by the stories of the Grenfell Tower survivors. According to local campaigner Eve Wedderburn: “It will not take a generation to heal divides in the borough, it will take regime change.”

Building the Real Democracy Movement into a significant force for change is essential if a Corbyn government is to have a chance of success. Our role, as RDM supporters, is threefold:

RDM supporters will hold a planning day in London on Saturday, October 28 where we will work collaboratively in small-group sessions to address these challenges. You are warmly invited to become a supporter at realdemocracy.org and take part.

For more information and to register, send your name with “October 28” in the subject line to info@realdemocracymovement.org